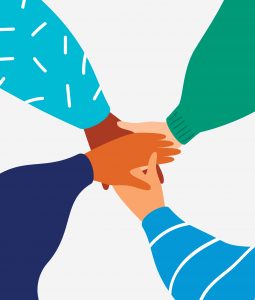 While individuals with autism experience a higher risk of premature mortality than the general population2, brain donations for autism research have proven difficult to obtain. One possible reason for the shortage of brain donations is that ASD is a complex condition that is often misdiagnosed or grouped with conditions such as developmental delay or epilepsy. Another reason is that accidental deaths of people with autism are not directly linked with their autism diagnosis.

To overcome these challenges, the authors of the article say that it is important that physicians learn the multiple diagnostic labels associated with ASD and its comorbidities, and that medical examiners, coroners and scene investigators are aware of the causes of death that are most commonly seen in individuals with autism. These include epilepsy, suicide, drowning and suffocation.

Since its launch in 2014, Autism BrainNet has been working together with many family and professional organizations to promote a greater knowledge of autism, the need for brain donations and the research that this precious gift to science enables. The program is organized as a network of academic institutions, with a centralized team that oversees operations and three regional ‘nodes’ that collect tissue in distinct areas of the United States. Across the nodes, standard operating procedures for the preparation and distribution of tissue are in place in order to maximize the productivity of the research that uses the donated tissue.

Studies of the postmortem brain have provided many insights into the neuropathology of ASD by revealing changes in the number and size of brain cells, as well as their connectivity3-7, and differences in gene activity and DNA methylation8-13. Several studies have also reported signs of inflammation in the autism brain14, 15, which may be due to seizures but also to a reaction similar to what is observed in autoimmune diseases. Recently, a study of tissue donated to Autism BrainNet described neuropathological changes in many cases of autism that had never been observed before16.

More findings will be possible as strong partnerships between medical examiners, coroners and pathologists ensure that potential donor cases are not missed. Professionals who would like to refer donations to Autism BrainNet are encouraged to contact the program (877-333-0999). Autism BrainNet strives to make the donation process as easy as possible and covers all the costs associated with brain recovery and shipping. The program also offers a Donor Aftercare program to all the families who decide to make a brain donation.