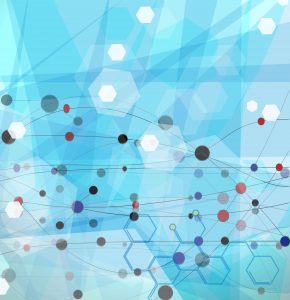 Although autism has a complex spectrum, people who have autism tend to have a core set of behaviors, including difficulties with social interactions and the use of repeating patterns of behavior. This core set of shared behaviors suggests that there may also be a shared biological basis for the many ways in which autism presents.

Several studies have described changes in the brains of people who have autism spectrum disorder that involve the control of gene activity and gene splicing. Gene splicing is a process that allows a gene to produce proteins. Many of these changes affect genes that are important for immune responses in the brain and communication between brain cells1-5. These changes may happen in specific types of brain cells6.

A new study7 compared the gene activity from multiple brain regions in nearly 100 people, with and without autism. The goal was to uncover whether there are changes in gene activity and gene splicing that are common to specific cell types across the brain. Such a discovery may help to identify targets for the development of effective treatments for autism.

The research was led by Mohammad Ali Faghihi at the University of Miami. Faghihi and his colleagues analyzed gene activity in nine postmortem brain samples from people with and without autism. Samples were obtained from the National Institute of Child Health and Human Development Brain and Tissue Bank at the University of Maryland. Data on gene activity in additional brain regions, as well as brain samples from existing datasets, were also included in the study.

The researchers found hundreds of genes in the brain that showed different expression between people who have autism and people who do not have the condition. However, changes in 27 genes found in the brain’s immune cells were a common signature across all regions and samples studied. Interestingly, of these 27 genes, none are linked to autism. This suggests that these genes may be involved in a common biological pathway that is affected by autism risk genes.

Finally, the study showed changes in DNA methylation in the brains of people who have autism. DNA methylation is a process that can change gene activity by adding a chemical mark, called methylation, onto the DNA. These changes targeted the neural development of brain cells, such as oligodendrocytes, which are important for insulating neurons. Many of the methylated genes are known to be linked to autism.

The study highlights the importance of the brain’s immune system, brain communication, and neural development in autism. Gene expression changes may affect the brain’s immune response. Gene splicing may play a role in altering brain communication. DNA methylation may affect the development and insulation of neurons. These findings suggest that specific gene changes in autism may affect particular biological pathways. This is important, because it provides insight into how targeting particular biological pathways may affect distinct aspects of the pathophysiology of autism.