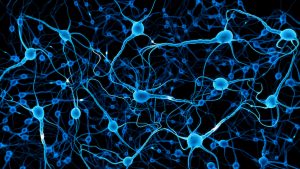 The outer surface of the brain, the neocortex, is made up of six layers of cells and their connections. The cells of the neocortex include information-processing neurons and supporting cells such as astrocytes.

A new study provides insight into the cellular basis of autism spectrum disorder (ASD), finding that people with ASD had more neurons and fewer astrocytes within specific layers of the prefrontal region of the brain neocortex compared to neurotypicals1.

The prefrontal cortex is in the front of the brain and plays numerous roles in controlling cognitive functions. A number of lines of research have pointed to changes in the prefrontal cortex as being critically involved in the behavioral challenges associated with ASD. These differences may reflect changes in the types and pattern of cells produced during brain development.

Previous studies of cortical architecture in ASD have examined differences in the cell distribution between brain regions2,3; however, they did not focus on differences across the cortical layers of a specific brain region2–4.

To better understand the structure of cortical layers in ASD, Veronica Martínez-Cerdeño, from the University of California, Davis, and colleagues performed a detailed comparison of distinct cell types (including neurons and astrocytes) across the six cortical layers of the prefrontal cortex. Their analysis included three subdivisions of the prefrontal cortex that are involved with working and spatial memory and language processing.

The authors conducted this research on tissue donated from 19 individuals with ASD and 19 neurotypical individuals acquired from Autism BrainNet, the National Institute of Health NeuroBioBank and the University of California Davis Medical Center.

They found that individuals with ASD had more neurons but fewer astrocytes than neurotypicals, particularly within cortical layer II in all three subdivisions of the prefrontal cortex that they examined. The upper layers of the cortex, including layer II, are important because they allow for short-distance communication between regions of the brain. The study also uncovered additional changes across cortical layers III, IV and V in one subdivision of the prefrontal cortex which is associated with language processing.

Together, these findings provide a fine-grained analysis of the cellular organization of the prefrontal cortex showing differences in the number and spatial distribution of multiple types of brain cells in ASD. Further studies are needed to understand how these structural changes in the cortical architecture affect the function of brain circuits and result in behaviors associated with ASD.