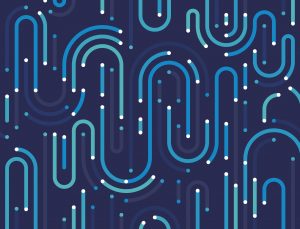 Changes in the ASH1L gene have been linked to autism spectrum disorder (ASD), epilepsy and intellectual disability. A recent study1 led by Luye Qin, Zhen Yan and colleagues at the State University of New York at Buffalo suggests that a decrease in ASH1L changes electrical communication in the brain and may lead to seizures.

The study examined postmortem samples from the prefrontal area of the brain of donors with and without ASD, as well as a mouse model that had reduced levels of ASH1L. The human brain tissue used in this study was acquired from the University of Maryland Brain and Tissue Bank and the NIH NeuroBioBank.

The researchers found that the prefrontal cortex of people with ASD showed lower levels of ASH1L compared to the unaffected individuals. Moreover, the ASD human brain samples had less of a chemical mark, or methylation, that the ASH1L gene adds to other genes to change how well they work.

To better understand how these changes impact brain function, the researchers turned to the ASH1L mouse model. These mice also had decreased methylation as was seen in the postmortem brain samples from donors with ASD. Compared to the mice with regular levels of ASH1L, the mutant mice also had lower activity of 13 known human ASD risk genes. Many of these genes similarly showed decreased activity in brain samples from donors with idiopathic ASD compared to neurotypicals.

The genes that showed differences in the mouse model and the postmortem brain samples support electrical (synaptic) brain communication. The researchers found that the ASH1L-deficient mice had greater electrical activity; this was due to changes in brain excitation versus inhibition (E/I balance), a process which was previously suggested to be affected in ASD2. This change in E/I balance led to severe seizures that caused death in the mice. Seizures could be prevented, however, when mice were treated to normalize the E/I balance.

Other behaviors in the mice reminiscent of ASD-related features, including social difficulties, repetitive behaviors and anxiety, were not improved by the treatment. This suggests that changes in electrical communication caused by lower levels of ASH1L may relate to epileptic outcomes in people with ASD, but not other conditions that are often observed in people with autism.

Future research that combines postmortem brain analyses with detailed clinical data from the donors (e.g., epilepsy diagnoses) could help better translate some of these findings to humans. The use of human induced pluripotent stem cell models3 and ASH1L mice models could also provide greater insights into how molecular and electrical changes relate to the many different comorbidities associated with autistic features.