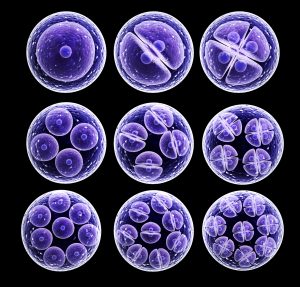 A recent study1 examined somatic mutations in the human brain and their role in autism risk.

Somatic mutations are changes of the DNA sequence that arise after fertilization, when the cells of the embryo start dividing and becoming the different tissues that form the body, such as muscle, bone, skin and brain. These types of mutations are only present in a subset of cells that divide from the mutated cell.

Somatic mutations have been studied most extensively in skin cancer resulting from sun damage to specific skin cells, but they can occur in any cell type. These mutations have also been linked to the development of a variety of conditions2,3, and recent studies have focused on a potential role of somatic mutations in autism 4,5,6.

The study was led by Rachel Rodin and Christopher Walsh of Harvard Medical School and colleagues. It relied on more than 70 brains from donors with and without autism, which were acquired from the Lieber Institute for Brain Development, the NIH NeuroBioBank, and Autism BrainNet. It is the largest study of this kind to date.

The researchers employed a methodology called ‘ultra-deep whole-genome sequencing’ to examine the type and frequency of somatic mutations across the prefrontal cortex region of the brain in people with and without autism.

Walsh’s team also compared the number of somatic mutations between the typical and autism brain. They showed that individuals with autism are more likely than neurotypical individuals (odds ratio of 11.9) to have somatic mutations within certain regions of the brain DNA that help modulate the activity of genes. Mutations in these DNA regions may contribute to autism risk by affecting the function of brain cells. Future research that examines larger numbers of postmortem brains will allow a more detailed understanding of the impact that somatic mutations play in autism.