Microglia-mediated inflammation of the amygdala in autism 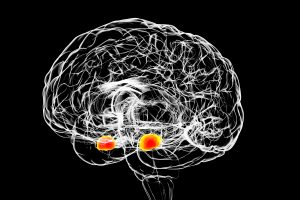 According to a new study1, an anti-inflammatory protein called interleukin-38, or IL-38, is decreased in the brains of people with autism.

To help protect the brain from injury and infection, the immune cells in the brain, called microglia, usually produce inflammatory molecules2. But it is a tough balance – an inappropriate, or too large, inflammatory response can harm the health of the brain.

Research has shown that there may be changes in the structure and function of microglia in the brains of people with autism. This suggests that atypical inflammatory responses may play a role in autism3,4,5.

In this new study, Irene Tsilioni, Theoharis Theoharides, and collaborators at Tufts University looked at the anti-inflammatory protein IL-38.

IL-38 is made by cells that make antibodies, and by macrophages, which remove damaged tissues. IL-38 may also be made by damaged tissues that need to be removed.

The researchers pre-treated cell cultures of human microglia with IL-38. Then, they stimulated the microglia with neurotensin, a small protein that causes these cells to release pro-inflammatory molecules6. (Neurotensin has been shown to be increased in the blood of people with autism7.)

In addition to doing experiments in cell cultures, the researchers measured the activity of IL-38 gene in the postmortem brains of children with and without autism. These brains were donated to the NIH NeuroBioBank.

Other studies on postmortem brains had found changes in the cells of the amygdala in people with autism8,9. Why the amygdala may become inflamed in autism and what effect this inflammation has on behavior remains unclear.

By looking at blood from different groups of children, the researchers showed that some children with autism had increased levels of IL-38.

The Theoharides lab had already done studies on another anti-inflammatory protein called IL-37, which is part of the same family of molecules as IL-38. In those studies, the researchers had found that IL-37 was increased in the amygdala of people with autism compared with people without autism10. The researchers think that more IL-37 may help to compensate for the decrease in IL-38.

Together, these findings reveal a delicate balance of pro- and anti-inflammatory responses by microglia – both of which may be altered in the brains of people with autism.

The observation that IL-38 gene activity was decreased in the amygdala of children with autism led the researchers to think that an IL-38-based treatment could be a potential way to decrease the inflammatory action of microglia in autism.

Future research, including studies on postmortem brain samples from people with autism, is necessary to understand how inflammation affects the function of the amygdala, and how this may relate to social behaviors in autism.