A happy kid. Always smiling or laughing. This is the way we remember our Eric. At his funeral, everyone told me that they will remember how happy he always was. He wasn’t always like that though. When Eric was first diagnosed with autism at 2yrs 10mos, he was a very serious looking child, who didn’t smile very often. He wouldn’t look anyone in the eye, and left the room when others came into it. His body stiffened when you tried to hug him. He was hyperactive, non-verbal and didn’t understand language. Most professionals didn’t have that much hope for him. But as he grew older, he changed tremendously.

By the time he was 16 years old, Eric could read and write, use sign language, use a computer, bake and cook (boy was he a good cook!) and even do his own laundry. He loved many people in his life and he showed us with many big bear hugs and kisses. He was thoughtful and helpful and worried when his mom was sad. He was a big boy who wouldn’t hurt a flea. He never asked for much except to go to the beach, to go to Jay Nolan Summer camp, for pepperoni pizza with mushrooms and bell pepper (only from Pizza Hut), and for occasional trips to Taco Bell. As long as he had these things and his Mariah Carey and Creedence Clearwater CDs, he was pretty happy. He loved to bake chocolate chip cookies and feed them to everyone with milk. He was thoughtful that way.

Eric died suddenly and unexpectedly one Monday morning as he sat on the front porch waiting for his school bus to pick him up. His last words to me were “I’m Sorry” which he signed to me 5 minutes before I found him slumped in his chair, deceased. Was he sorry that he was about to leave me? I’m not quite sure.

After his death, I decided to donate Eric’s brain to the Autism Tissue Program for autism research. While he was alive, I had placed Eric in a number of research studies, hoping to understand more about his autism and to understand more about how his brain functioned. So it seemed quite appropriate that now after death, research continue on his brain, and in this way he can help other people with autism. At home and at school, Eric was the greatest helper. In the Autism Tissue Program he can continue to help others for a long time to come.

Our home is very still and quiet without Eric’s energy and voice to fill it. He was as big as life, and the void he left when he passed away can never be filled. We loved our special boy, and will miss him forever. He was unique in many ways. With tears in my eyes, I smile as I think of how there will never be another Eric Thompson. He was one of a kind and we were blessed to have him in our lives. 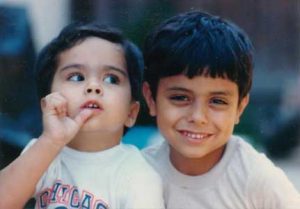 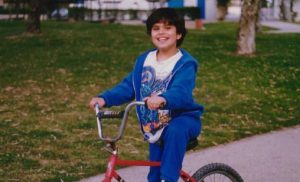 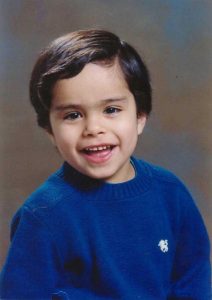 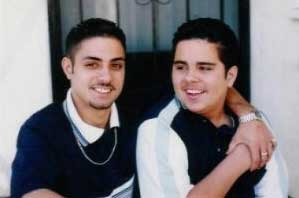 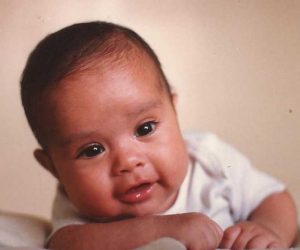