My daughter, Amy, was born in the springtime. Like the spring, Amy bloomed with the seasons. She walked at only 10 months of age – she spoke in full sentences by 16 months. She was in constant motion and happy.

She was an epileptic, her first documented seizure was at three months of age, but epilepsy didn’t interfere with her growth and development. When she was only 2 years old, I could put a 200 piece adult puzzle in the middle of the dining table, show Amy the picture of the puzzle for ten seconds, and she’d have the puzzle together within two hours. I could sit at the piano and play a simple piece by Bach and Amy would watch me, only 3 years old, and play the same piece after me without making a single mistake.

Amy had a severe regression and for 1 year and 7 months she was non-verbal and she spent day and night spinning in place. She pulled out her eyelashes and she picked holes in her skin. She was diagnosed with autism and epilepsy.

Then one morning in December, she woke up and she was talking. By the end of the week she was counting everything in our home, playing play-station games, and for Christmas and Easter she sang solo in our church before 100 people. She sang all the time, and she sang well. She was mainstreamed at school and she was very happy with lots of friends.

By the age of six Amy drew the mural on the school wall of the Lion King and the Little Mermaid with chalk. She drew a picture of herself that looked just like her. She was on the baseball team, the swim team, the bowling team, and she was the star of the soccer team, though she once hit the ball into the wrong goal.

Amy learned to read, write, add and subtract. She had chores, washing dishes and taking out the trash. She could scramble eggs and make toast for breakfast. For her Daddy and I, from the age of 4 to the age of 9 we were living a near typical life. Autism wasn’t so hard. The epilepsy was awful. The epilepsy was interfering with everything in our lives.

One morning in July I woke up and found Amy was struggling to talk. She couldn’t remember her age, she couldn’t read her book. Everything happened fast. We went from high functioning autism to autism, later defined as dementia. At age 9, Amy started to struggle with eating. She would only eat 2 things and the Doctors assured us this is common in autism. She also began to choke, even when drinking water. Her speech became slurred and stuttered. Again, Doctors assured us this was common in autism.

By the age of 11 Amy was having fainting spells – spells where her heartbeat too fast – she’d run a fever of 106 for five hours with no sign of infection or virus. Unexplained low blood pressure, or high blood pressure. The Doctors said autonomic dysfunction often seen in autism. She developed a tic disorder – we were told, that too, is seen in autism.

By the age of 12 Amy was struggling to walk. By 13 she was struggling to stand up. Her body would jerk, we learned of myoclonus and chorea – often seen in autism we were told. Then the dystnoia, the tremor, the choking began. By the age of 14 she would often require oxygen.
Autism doesn’t kill people – that’s what we thought. But our child was dying. She depended on a g-tube. She depended on us for everything. By the age 16, she was bed bound. She died in my arms after 33 days of seizures and fighting for each breath. Those last week’s she couldn’t suck, or swallow and her neck was bent at an odd angle and stuck.

We donated to BrainNet because no parent should go through what we went through. We don’t know what killed our child. There can be no closure for us. There is no smoking gun – no name for the murderer – nothing. Our child is dead and no one knows what or why.

I often sit and think about Amy’s short life and all that she went through in those last few years. Autism shouldn’t kill anyone. Amy’s diagnosis for most of her life was autism. How many children are there that are like my child? That are diagnosed with autism AND it looks like autism. And honestly – the spectrum is very wide.

As a mother, I wait – I wait for the day that God tells me what killed my child – or maybe – just maybe – some Doctor devoted to finding answers to autism will pick up the phone and call me and put a name to the disease that took my precious child away far too soon.

There’s no treatment for autism. There’s no cure. If the diets that are out there worked then someone would be packaging the foods and making a lot of money. If there was a pill that worked, companies would be on board making money on selling that pill. As far as we’ve come with genetic research in the past twenty years – we still have farther to go. Doctors – Researchers – they can’t find the answers unless we donate. Amy would want to help others. I know I want too. No parent should stand alone in watching their child regress. Autism all by itself is life limiting. A cure can’t be found without a known cause. The line for those waiting on a cure with autism is FAR too long. 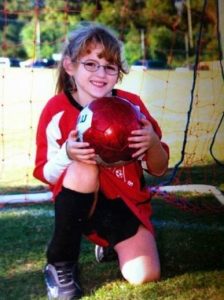 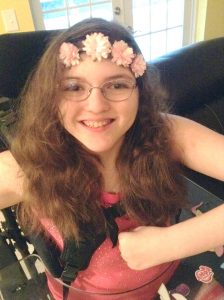 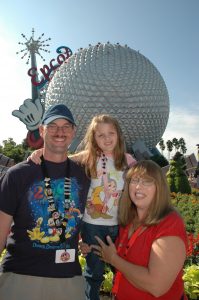 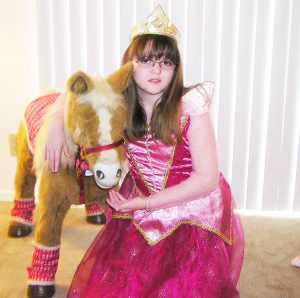