Gene expression changes are found throughout the neocortex in autism, including in primary sensory areas 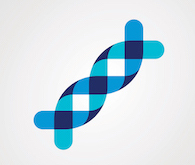 Synopsis
A postmortem brain study finds that gene expression changes in autism are unexpectedly widespread throughout the cortex, extending beyond higher-order association areas to include primary sensory areas, especially the primary visual cortex.

Previous studies showed that these differences appeared to be restricted to select areas of the neocortex — specifically, association areas in the temporal and frontal lobes involved in higher-level functioning related to cognitive ability, language, and social behavior1,2. However, in a recent study3 led by Daniel Geschwind at the University of California and Michael Gandal at the University of Pennsylvania, the changes in cortical gene-expression patterns found in ASD were in fact not limited to association areas. Rather, they were unexpectedly widespread, even involving primary sensory regions.

Methodology
In their study, Geschwind, Gandal, and their colleagues uncovered gene-expression changes in the neocortex by using RNA sequencing analysis, a genomic tool that allows researchers to identify changes in the entire collection of RNA sequences in a cell (known as the transcriptome), which provides insights about which genes are turned on or off in a cell. The researchers performed RNA-sequencing analysis across 725 postmortem brain samples from 49 individuals with ASD and 54 neurotypical controls. The postmortem samples, acquired from Autism BrainNet and the NIH NeuroBiobank, spanned 11 different cortical regions in all four lobes of the brain (frontal, parietal, temporal, and occipital). These sample numbers are notable because they represent a more than threefold increase in the number of samples and cortical regions profiled, compared with previous studies1,2.

Findings and implications for autism
As expected, in individuals with ASD, the researchers saw differences in gene expression patterns in higher-order association areas of the cortex involved in cognitive abilities. But, surprisingly, these ASD-related differences occurred across the cerebral cortex, extending beyond association areas to include primary sensory areas, especially the primary visual cortex, which receives and processes visual information relayed from the retinas. The researchers suggested that the substantial changes observed in primary sensory areas may potentially be related to the atypical sensory experiences that are so common among individuals with ASD, including differences in visual processing and perception.

The study also found numerous dysregulated genes (4,223 genes and 9,474 transcripts) throughout the neocortex in individuals with ASD. Interestingly, these genes were not randomly distributed across different cells. Instead, they were found in specific cell types that influence specific cellular and biological processes — particularly in neurons and in types of glial cells known as oligodendrocytes (which allow axons to communicate more rapidly) and microglia (which remove damaged neurons and respond to infections in the central nervous system).

In sum, this study identified significant changes in gene expression that are widespread across the neocortex and affect specific cell types. The new findings of gene-expression changes in the primary sensory cortex, especially in the visual cortex, move us one step closer to understanding the neurobiological basis of common sensory processing difficulties in ASD.

PREVIOUS   |
We care about your data, and we'd like to use cookies to give you a smooth browsing experience. Please agree and read more about our privacy policy.AGREE