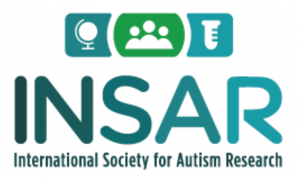 The 2019 International Society for Autism Research (INSAR) meeting was held in Montreal, Canada, May 1-4.

This annual event hosted a variety of presentations on the latest autism research, including a panel on ‘Postmortem studies: Functional genomic profiling studies of ASD brain.” Chaired by Daniel Geschwind (University of California, Los Angeles, UCLA), the panel highlighted the importance of studying human postmortem brain tissue in order to understand the biological mechanisms of autism spectrum disorder (ASD).

ASD is described by core behavioral difficulties in social interaction and communication, and repetitive behaviors and restricted interest. While these symptoms are seen in early childhood, scientific evidence suggests that these challenges begin at the earliest stages of brain development. In fact, scientists have found that it is during fetal and postnatal development, when the brain wires up into complex and diverse circuits, that autism-associated changes are most likely to occur.

Epigenetic changes
A recurring theme of the panel presentations was that gene expression is disrupted in the autism brain. Many factors can affect gene expression, including changes called ‘epigenetic’, because they can modify gene activity without changing the sequence of DNA instructions. While epigenetic regulation of gene expression is important for many aspects of typical brain function and development, research has shown that epigenetic processes are disturbed in neurodevelopmental disorders, such as ASD. Supporting these previous studies, Mills presented new data collected from over 200 brains that showed that one epigenetic process impacting gene expression, known as DNA methylation, may play a role in ASD1.

As ASD is genetically diverse, Mills also discussed whether epigenetic changes in DNA methylation are shared between cases of autism with and without (i.e., idiopathic autism) a known genetic cause. By comparing DNA methylation in brains with idiopathic autism and brains with a duplication of chromosome 15q11-13, a genetically defined subtype of autism also known as ‘dup15q’, he found that, despite differences, these two forms of autism also presented similarities in DNA methylation signatures1. These findings suggest that different types of ASD may share common pathways of pathology and resonate with a previous study that reported a correlation between transcriptional changes in idiopathic and dup15q autism cases2.

Across psychiatric disorders
In addition to assessing different forms of autism, the panel also considered how changes in ASD compare to changes seen in other psychiatric disorders such as schizophrenia, depression and bipolar disorder, with the goal to identify common and disorder-specific molecular pathology. Gandal presented evidence that while some changes in gene expression were shared with the other neuropsychiatric conditions examined in the study, ASD was also characterized by transcriptional changes associated with the function of non-neuronal cells called microglia’.3 These cells are the resident immune cells of the brain that act as ‘defenders’ against inflammation and disease, while performing many other functions that are important for communication between neurons. Of note, these cells have been previously implicated in ASD pathophysiology, including by a recent experiment4 that compared ASD-linked differences in gene expression across different types of brain cells.

Moving forward with new research technologies
A detailed analysis of ASD molecular alterations through studies of postmortem brain tissue may help scientists to better understand the biological basis of the disorder and identify potential targets for treatment. Approaches that further this understanding revealing transcriptional mechanisms that are still poorly understood, and/or increase the resolution at which changes are studied may be advantageous. Illustrating this point, Pinto described a new methodology that enabled her to investigate longer nucleotide sequences within molecules called ‘long-non coding RNA’ that are important in regulating transcription but have received little attention in the context of autism. In the last talk of the panel, Geschwind highlighted a technique called ‘single cell sequencing’ that makes it possible to extract gene expression from individual cells, thus providing a high-resolution lens through which ASD molecular changes can be examined.

“I was very impressed with the quality of the research discussed at the panel”, says Matthew Anderson, director of Autism BrainNet Boston node, who attended the meeting. “The field of autism research has made tremendous progress in breaking down some of the complexities of the autism brain, thanks to dedicated researchers and to the generous gift of the families who chose to join our search for answers”.