Director’s message: Autism BrainNet is for the living

While virtually all of the effort of the Autism BrainNet team is dedicated to spreading the word about the need for postmortem brain donations or making it easy for family members to make a donation of the brain of their loved one, we never lose sight of the fact that we do all of this to improve the quality of life of living people with autism. 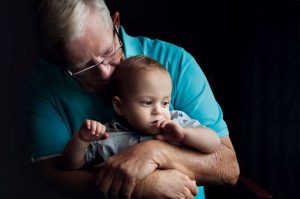 As more research has been dedicated to adults with autism over the last several years, we have noted a disturbing trend indicating that autistic individuals have more than their fair share of other medical problems.

This changed in 2015 with the publication by Lisa Croen et al.1 that was based on analyses carried out at a large health care system in Northern California. The health records of over 1,500 autistic individuals were compared with over 15,000 non-autistic people. What Croen found was that adults with autism had significantly increased rates of all major psychiatric disorders, including depression, anxiety, bipolar disorder, obsessive-compulsive disorder, schizophrenia, and suicide attempts. What was even more striking was that nearly all medical conditions were significantly more common in adults with autism, including immune conditions, gastrointestinal and sleep disorders, seizure, obesity, hypertension, and diabetes.

The reasons for the increased illness and mortality in autism are likely to be varied and complex. They range from the difficulty of some autistic individuals with intellectual disability or language impairment to adequately convey their health problems to caretakers. It also appears that the handoff from pediatricians to adult primary care doctors is often not smooth and sometimes nonexistent. And, there may be some links between the altered biology that leads to autism and the biology that leads, for example, to cancer and other medical conditions.

Several donations to Autism BrainNet come from the families of individuals who have died by suicide. This is devastating to the family and heartbreaking for Autism BrainNet staff. If there is one take-home message from this note, it is that we should all take seriously any talk or threats of suicide by autistic individuals and seek appropriate medical and psychological counseling for the individual. This is one cause of premature death that might be avoided by taking appropriate action.