It was November 9, 1996. As a stay-at-home-educating mom of three daughters, my days were typically busy. But this day was a bit more hectic as we were also making preparations for dinner guests that evening. By mid-afternoon my children gathered around the dining room table as I began to rolled out dough for noodles. Ragan, my youngest at eight years old, stood by my side as I worked and chatted with her older sisters. My attention wasn’t on Ragan. But a cry of alarm from her sisters, the sudden disappearance of the child by my side slammed my instincts into a place I’d never been before.

Ragan laid crumpled at my feet. Crouching down beside her, I carefully rolled Ragan toward me. It was just then that the seizure took hold of her body. Until that afternoon I had never witnessed a seizure, but I knew exactly what was happening to my baby. Several years earlier I had successfully completed an Emergency Medical Technician – Basic course; I knew the protocols for managing seizure.

The chairs around Ragan disappeared. The plush oriental rug cushioned her head and my internal biological clock ticked off the seconds. It wasn’t more than ninety seconds and the convulsions began to subside. My child’s face was the color of unfaded blue jeans. Her eyes were open wide; the pupils fixed and dilated. I called her name. I shook her shoulders. She didn’t respond. I checked her pulse and felt her heart pounding, then I vigorously rubbed her sternum, knowing she had already gone about two minutes without breathing.

My husband was home and I called out for him to dial 911. Then I opened her airway; head tilt, chin lift. Still, Ragan didn’t take a breath. I placed my mouth over hers, pinching her nose and filled her lungs with air. Her chest rose. I paused and felt the air, as it was expelled from her lungs, drift across my cheek. Then I filled her lungs again. An engine sputtering to start is what comes to mind when I think about her body jerking back to life. As Ragan began to gulp in great quantities of air the color of life flooded back into her face. The ambulance arrived soon after, whisking us off to the hospital.

While my husband and I waited beside our child’s bed in the emergency department, I went over again and again the unbelievable events that had transpired. My child’s respiration had been arrested because of a seizure. How could this be? I racked my brain searching for any bit of information that would explain this horrible thing. Over the years I had taken numerous CPR and first aid classes and not a word was said regarding even the most remote possibility that respiratory arrest was possible due to seizure.

The pediatric neurologist finally came and I told my story. He listened patiently, ordered a CAT scan and follow-up test, but never addressed the issue of Ragan’s arresting. I re-told my story. There had to be an explanation! But this, albeit well meaning, doctor could offer me nothing except that I might feel better if I let Ragan sleep with me for a few nights. It wasn’t until years later that I stumbled across Epilepsy Bereaved and found the answers I had been searching for.

Ignorance is as dangerous as knowledge is powerful. It is ignorance of SUDEP that people with seizure disorder continue to die. Even as early as three months ago at a medical conference, I heard two different medical lecturers state that seizures were non-life threatening. What would happen if diabetes education were mishandle in this manner? Will dispelling this ignorance rid the epilepsy community of SUDEP? No, it won’t, but knowledge is the key that will grant us the opportunity to gain prowess over our condition.

*Ragan’s mother, Teri, has a message group for parents who have lost a child to epilepsy. 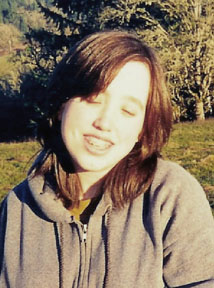 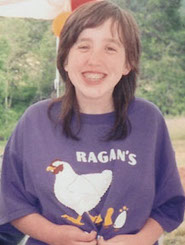 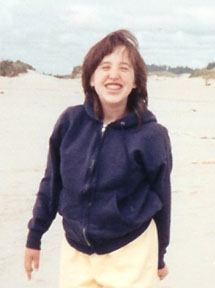