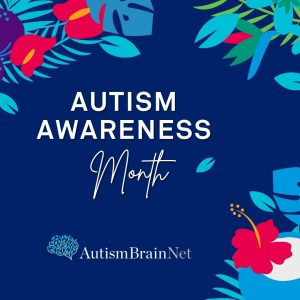 For many years, April has been Autism Awareness Month. But there is now an effort to rename it Autism Acceptance Month, or Autism Awareness and Acceptance month. The name change reflects a shift in the focus of this celebration: from bringing awareness of autism, to promoting acceptance and inclusion of autistic people in our society.

The last few years have marked a pivotal time in the history of autism and autism research. Almost from the time of its definition by Leo Kanner in 1943, autism has been characterized as a psychiatric or medical neurodevelopmental disorder. Kanner wrote that “these children have come into the world with innate inability to form the usual, biologically provided affective contact with people, just as other children come into the world with innate physical or intellectual handicaps”1. Two decades later, Bernie Rimland and others also described autism as a medical condition with serious comorbidities like epilepsy, in a well-intentioned effort to convince clinicians that autism was more than a “psychological” condition and to identify suitable treatments. For sure, some autistic people do have higher levels of several challenges such as intellectual disability, epilepsy, gastrointestinal distress and anxiety than the general population. But increasingly, the autism research field has come to believe that the goal is to treat these co-occurring conditions and reduce disability rather than “curing” autism.

With the rate of autism at 1:442, autistic individuals are now a common and visible part of the fabric of our society. Recognizing the integral role of autistic individuals in autism science, the International Society for Autism Research, for example, has established an Autistic Researchers Committee made up entirely of scientists who are autistic. This and other initiatives demonstrate that autism awareness has been achieved in some contexts, though much work remains to be done in the United States and worldwide. The next stage in our evolution of thinking about autism is to create a world where autistic individuals are not shunned or made to feel uncomfortable because of their characteristics. Hence, the need now to promote autism awareness and acceptance.

The immediate goal of Autism BrainNet is to promote research that will lead to a better understanding of the challenges that are more common in autistic individuals. The longer-term goal is to contribute to treatments that are effective in treating these challenges. The entire Autism BrainNet team pursues this effort fully mindful of the value of every donation that is received and of the family members who make that selfless decision to contribute to autism research. We hope that this month of Autism Awareness and Acceptance is a good one for all of our readers.