Meet our Team: A conversation with Carol A. Tamminga, director of Autism BrainNet Dallas node

Autism BrainNet relies on the teamwork of many clinical and research staff to acquire and distribute the tissue provided by our donor families. This staff is located at three centers, or nodes, across the United States. We recently spoke with the director of Autism BrainNet Dallas node Carol A. Tamminga, M.D., to learn more about her role and experience working for Autism BrainNet.

Tamminga is a professor and the Stanton Sharp Distinguished Chair of Psychiatry at the University of Texas Southwestern Medical Center. In her research, she uses postmortem brain tissue, human brain imaging techniques and reverse translation animal models to better understand the biological changes associated with psychotic conditions such as schizophrenia and bipolar disorder.

The interview has been edited for clarity and brevity. 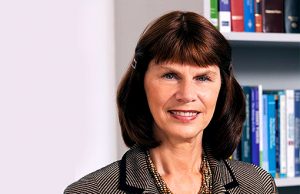 How did you become interested in autism research and involved with Autism BrainNet?
That’s an interesting question. The research I have done in my career has predominantly involved serious mental illness, like schizophrenia, and my focus is to examine brain tissue of people with these conditions. We have a lot of ways of imaging the brain in living individuals, but those methodologies are not at all as precise or as extensive as one can get with human brain tissue analysis.

I’ve been collecting and studying human postmortem brain tissue for more than thirty years. We’ve collected many cases from our medical examiner’s office that have been in the area of psychiatric conditions. I had not previously focused on collecting autism tissue until I had a conversation with David Amaral (now Autism BrainNet director), who asked me to participate in a nationwide consortium to collect human brain tissue with a focus on autism brain tissue. We have a long way to go in understanding autism biology, and we need to have brain tissue in order to do it.

Soon, we had a four-site network in the United States as well as international partnerships. And under Amaral’s leadership, that became systematized so that we all had specific regions that we could collect from, where we could get to know the medical examiners and the donor families within our region, and we could share how important studying autism is, and why we need the tissue to carry out critical neuroscience. You can’t get any samples of brain tissue in life, so you have to really get tissue as a donation after death.

What conditions have you studied in your research, and is there a link with autism?
Yes, absolutely. Psychiatry is filled with conditions that are not understood biologically. In general, psychiatry is focused on brain disorders that affect cognition and affect. Changes in cognition, affect and behavior are often observed in autism. These are manifestations of the brain that we know very little about in terms of the underlying mechanisms. My major focus of study has been in psychosis, which is in one form of disordered cognition, and on the role of the hippocampus in psychosis, a part of the brain that controls learning and memory. And in fact, the hippocampus is very important for cognition in both psychosis and autism. The studies that I’ve done in cognition and affect in individuals with and without psychosis are very pertinent to autism.

What is your role with Autism BrainNet?
I’m one of the node directors and have enjoyed working with the whole group of Autism BrainNet around the United States and internationally. Some of the Autism BrainNet operations have now been centralized at the Simons Foundation. Others are localized at each node and need to continue locally. I think that in Autism BrainNet, we are modeling how to build a function like this nationally, to get all of the tissue that’s pertinent to autism that we can. We approach brain collection not only from the medical examiner’s point of view, but also from the donor family’s point of view.

What do you see as one of the biggest findings or revelations in your research on psychiatric conditions?
I have been studying the hippocampus, and sometimes one is very naive about the brain before starting detailed studies. I used to look at the whole structure of the hippocampus, and little did I know that we were missing the nature of pathology by a lack of focus on the hippocampal sub-units that are called sub-fields. This finally struck me one day as I was reviewing everything we knew about the activity of this brain structure, namely that each one of these sub-fields is its own memory unit within the hippocampus and quite distinct from each other both molecularly and functionally. So, that prompted me to realize that I should be looking at the molecular composition of the sub-units of a hippocampus, as well as their anatomy and connectivity in my studies on psychosis. This change from studies of whole hippocampus to studies of hippocampal subfields and their interactions has changed the focus of this research and made it productive.

Once I started looking at these sub-fields molecularly, sub-field by sub-field, it became apparent what was happening in schizophrenia and psychosis: the sub-fields were talking to each other inappropriately. Typically, memory is a very, very smooth process and entirely automatic, but in psychosis, the conversation between the sub-units became disjointed, and it results in disordered memories1. In Alzheimer’s disease, or in autism, the function of the hippocampus can be different, and the underlying biological changes can also be different; across many conditions in which cognition is affected, the hippocampus is likely involved, sometime in a primary way and other times secondary.

This leads me to the next question about postmortem human brain studies. Why are these studies so important to advance brain research?
Studying the postmortem human brain is a critical component in understanding brain function and dysfunction. The human brain is protected inside of the skull, and we can’t reach the brain tissue from the outside. There are some ways we can study the brain in living individuals, like getting samples of the cerebrospinal fluid (the liquid that surrounds the brain and spinal cord) and by using in vivo brain imaging (looking at brain size, anatomy, and some molecular entities,), but you cannot look at other critically important elements this way. Examining brain tissue allows a detailed look at brain gross and microscopic anatomy, as well as brain molecular and genetic characteristics.

What has been the most rewarding aspect of your collaboration with Autism BrainNet so far?
Well, I think just working together with a system of like-minded people, and wonderful specialists, you know. And how we can really pull a system together to grow an efficient organization, an organization supported, steered and guided by the Simons Foundation Autism Research Initiative — that has been very rewarding.

How do you see the future in autism research, especially research that uses postmortem brain tissue?
I think it’s very, very bright. Autism is not a single condition. Autism, from a molecular point of view, is many different conditions which have common behavioral manifestations. Identifying biomarkers will be important for autism research, because biomarkers (or biological measures) will help us parse up autism so that we can divide it into groups that are molecularly homogenous, a strategy that may be effective in finding drug treatments and new diagnostic tools. That is already starting in some autism research that is ongoing and running parallel to Autism BrainNet. This research has shown that there are changes in brain electroencephalogram (EEG) which correlate with cognition challenges in autism, EEG changes which are potentially sensitive to medications which we already have.

In a human brain imaging study, if you image the human brain and you find pathological changes in one part of it, then you can use that information to go to the human postmortem tissue, and really study those areas from a molecular and a genetic point of view very carefully. There’s a lot of research now that uses totally novel techniques. I think that the future of brain research is really built on using as many portals of entry into the brain based on the best knowledge as possible. We might also be able to swoop in with these marvelous, marvelous techniques that are not limited to the brain, but that have been developed in cancer, cardiology and other areas of medical research.

I think that brain research, although it’s harder and much more complex, won’t have to develop all those methods again; we’ll be able to make double time once we get the basic building blocks described. The brain is the last frontier in human disease research, and we have already developed and bridged the initial observations in autism research. While it will take hard work, we have the initial steps in place.