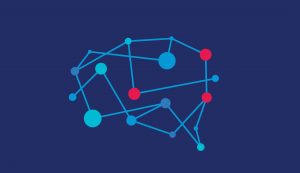 Knowing how and when different brain cell types arise during brain development is important to understanding typical brain development and function. This knowledge can also help to pinpoint the changes in this process that contribute to neurodevelopmental conditions.

The brain contains many different types of cells, which have distinct functions. Studies in animal models have helped to uncover how these different cell types arise in the brain during development. Studies have also examined the basic cell types present in the young and adult human brain2-4. However, it is unclear exactly how individual brain precursor cells, called neural progenitor cells, give rise to the wide range of cell types present in the mature brain.

In the new study, August Yue Huang, Christopher Walsh and colleagues at Harvard Medical School used a new technique that allowed them to examine a cell’s type, developmental history, and birthdate. These analyses were conducted in the prefrontal region of two brains from the NIH NeuroBioBank at the University of Maryland and Autism BrainNet. The donors of these brains did not have any psychiatric or neurological conditions, which provided the opportunity to study the mechanisms of typical brain development.

Walsh and colleagues first isolated single cells from the postmortem brain tissue and used their new technique called ‘parallel RNA and DNA analysis after deep sequencing (PRDD-seq)’, to gather information on the cell’s neuronal type and the history of that cell’s development.

The researchers collected combined cell type and cell history information for over 2,700 neurons. These data revealed that two key types of neurons, excitatory and inhibitory, diverge very early during brain development. Excitatory neurons were also formed by an “inside-out” sequential process, similar to what has been observed in brain development in other species. However, there were also differences in how inhibitory neurons develop in the human brain compared with the non-human brain.

By studying healthy postmortem human brain tissue, Walsh and colleagues were able to offer a view of how typical human brain development occurs that is unprecedented in its detail. This is important because it provides a basis for comparison with atypical brain development, such as that observed in neurodevelopmental conditions. Autism BrainNet has provided tissue from the brains of people who have autism in anticipation of these studies.

Future research could apply this technique to study a variety of human conditions for which postmortem brain tissue is available, including autism. Brain donations from people with and without autism are crucial to enable studies that will help understand differences in brain development.